Fredrik Skoglund is the President of Transemantics, Inc. which owns the International Language Institutes in Maryland and in Washington, DC. Fredrik has a Master’s degree in Business Administration and worked as a Financial Analyst for many years before becoming one of the owners of Transemantics, Inc.

Neidy is our daytime Admissions Representative. She is originally from Peru. She is fluent in Spanish and English. 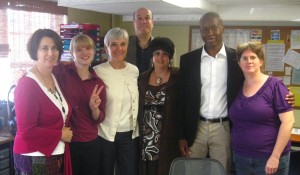 Steven is a former Philosophy professor from the University of Maryland and George Washington University.  He is also a veteran of the U.S. Navy.  Steven studied logic, classical languages and over ten foreign languages!  He started teaching at ILI, MD in 2007.

Ann joined the ILI staff in 2011.  Ann has a Bachelor’s degree in Economics and an MBA from Indiana University.  Teaching English is her second career, and we’re glad she made the change!

Stephanie began teaching here in 2006.  In addition to being a dynamic English teacher, Stephanie is also a certified speech pathologist.  Ask her to help you if you have pronunciation problems!

Jennifer studied English Literature at the University of Rochester in New York.  She worked as an English Teacher as a Peace Corps Volunteer in Thailand.

Tina has her degree in Latin American Studies and more than 25 years of teaching experience. She enjoys winter sports, getting to know her students and talking about her two children! Tina has been with us since 2001.

Laura has a Bachelor’s Degree in Russian and English and more than 20 years of teaching experience. Laura plays the harp and enjoys folk dancing. Ask her if she knows a dance from your country! Laura began teaching here in 1997. 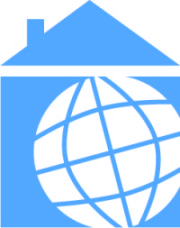